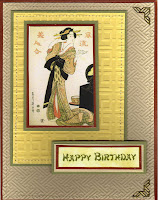 The word spread that there were some oriental embossing folders being released at CHA for the Cuttlebug machine and having seen them on a site I realised I needed them! but rather than wait for them to arrive in the UK I ordered an 'Asian Bundle',as they are called from the US via E bay, they arrived this week and are really lovely so I'm just starting to play. Viv had ordered them just before me and hers haven't arrived as yet so she is a slightly unhappy bunny. This card is my first made using a couple of the folders.
Posted by Maureen at 16:35

Well, I can feel myself turning distinctly GREEN!! (with envy that is!) Beautiful card and I LOVE the embossing. Is that Bamboo?

I didn't notice the stitching on this card until I had enlarged the photo. It gives a great finish to a super card.

Well I WAS sulking but no more!!! I love my postie nearly as much as this card!x

You have been busy Maureen and what beautiful cards you have done. 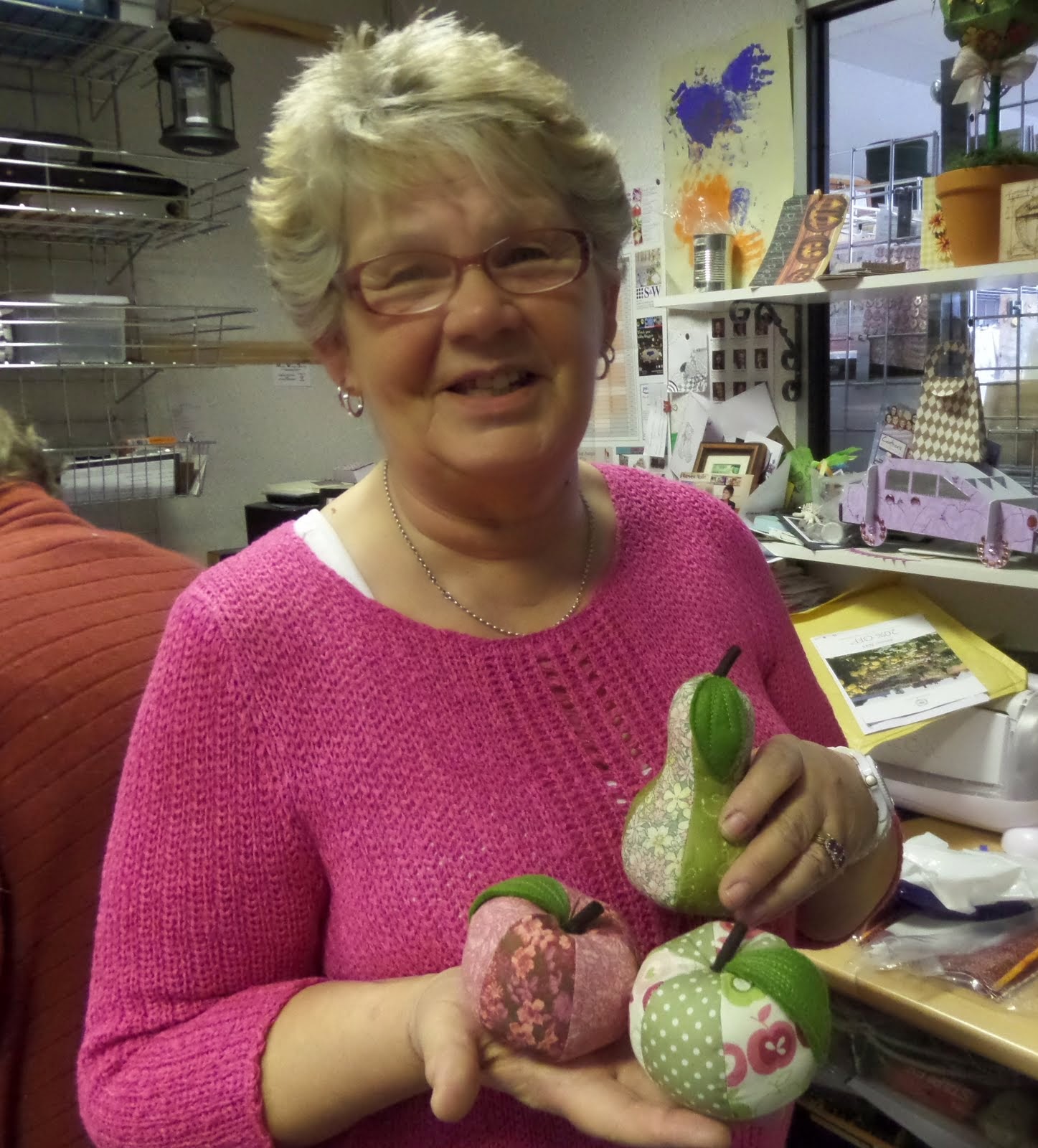 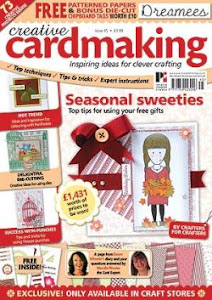